Miriam is a graphic novelist and artist living in Canada. She has been cartooning since 2003, and screenprinting since 2005. Her primary themes are culture clash and the construction of identity, usually through the prism of her Jewishness and dual American-Israeli citizenship.

She is the creator of the autobiographical comic series, jobnik!, which has run from 2005 to the present, and recounts her service in the Israeli army during the second Intifada. Her other nonfiction comics have been published by Rutgers University Press, Alternate History Comics, the Ilanot Review, and Cleaver Magazine.

“i love feedback, almost as much as i love orders, commissions, and jobs. email me”. 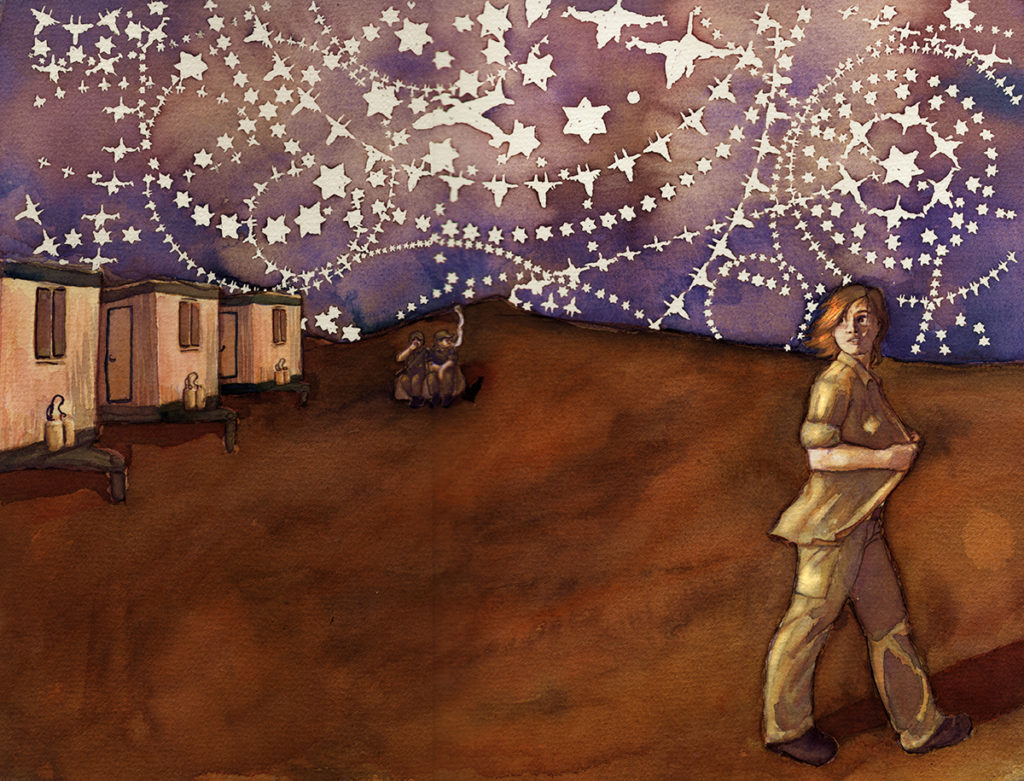